Why You Must Let Him Come to You after a Breakup

Whether a breakup takes you by surprise or you know it’s coming, it’ll probably send you into a panic about losing your EX. So, when you’re in shock, the hardest thing to do will be to let him come to you after a breakup.

But giving him space and letting him get in touch with you is one of the best things you can do because:

Now, all of this is going to be hard!  You’re gonna feel like you’re turning into a pile of mush, no problem!  It’s normal, and this is just part of a bigger strategy to work through your breakup recovery.

The trick is not to let him see you sweat!

If none of this sounds familiar, it means you’re not there yet. Normally women start to text and try to convince their EX that the two of them belong together.  They tell their EX how much they love them and reminisce about old memories.  And, I’ll be honest with you, 🙋🏿 I am guilty of all of the above.

Looking back, I would shake some sense into my past self for the way I kicked and screamed to try to keep dead relationships from ending.

In my Elsa voice, I’d sing a loud and proud,

In the moments after breakups, I can say I have totally lost myself, and often it’s been because I want to avoid the pain of the breakup.

If I were to look back and have a conversation with the younger version of me, I would give myself this exact advice that the best thing to do is to let him come to you after a breakup.

This is the cold, hard truth, and it might be painful and sound a little harsh.

Whether the relationship is restored or you move on alone, your life will go on with style and grace.  You can and you will be a more fabulous version of yourself after this breakup.

Keeping this message at the front of your mind, will help you survive this breakup.

Okay, now that we’ve settled that, let’s talk about

Why should you be the first one to let him come to you after a breakup?

There are four main reasons behind the idea of letting him come to you first.  They are

What Makes a Man Chase You after a Breakup?

If your EX broke up with you, one of the most undesirable things you can do is to keep clinging on to the relationship and pestering him about how the two of you belong together.

Chasing, doing a big song and dance and sharing old memories will only give off a desperate vibe, and we all run away from that whether we’ve just broken up or we’re being approached for the first time.

This might sound super old school, but guys are natural pursuers and something is off for them when the roles are reversed, especially if they initiated the breakup.

This is why taking a break to let him come to you after a breakup is one of the best things you can do for yourself and for the chances of the relationship. 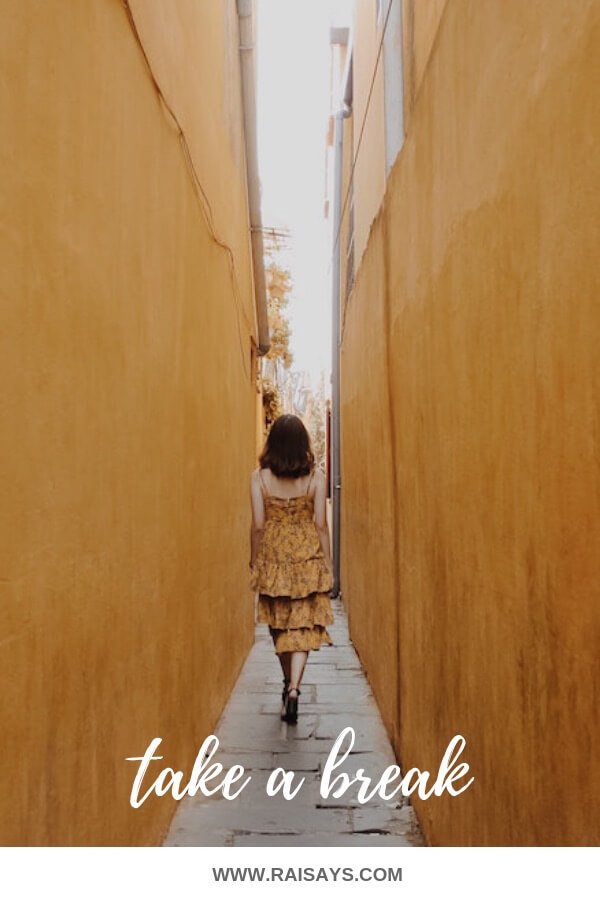 It’s crazy because in every area of our lives, if we want something, we have to go after it and work hard to get it, but when it comes to relationships, especially one that we hope is deep and meaningful, sometimes doing less is more.

So remember, resist the urge to pursue because unwittingly, you can end up pushing him away even further.

2. The Balance of Power

You can think of it like a seesaw.  Ideally, both sides of the seesaw are even and power flows back and forth evenly between the two people in the relationship.  There’s lots of compromise and each person gives in from time to time to the other.

But especially after a breakup the balance of power is way out of whack, like a seesaw with one person — the person most desperate for the relationship — sitting on the bottom end of the seesaw. 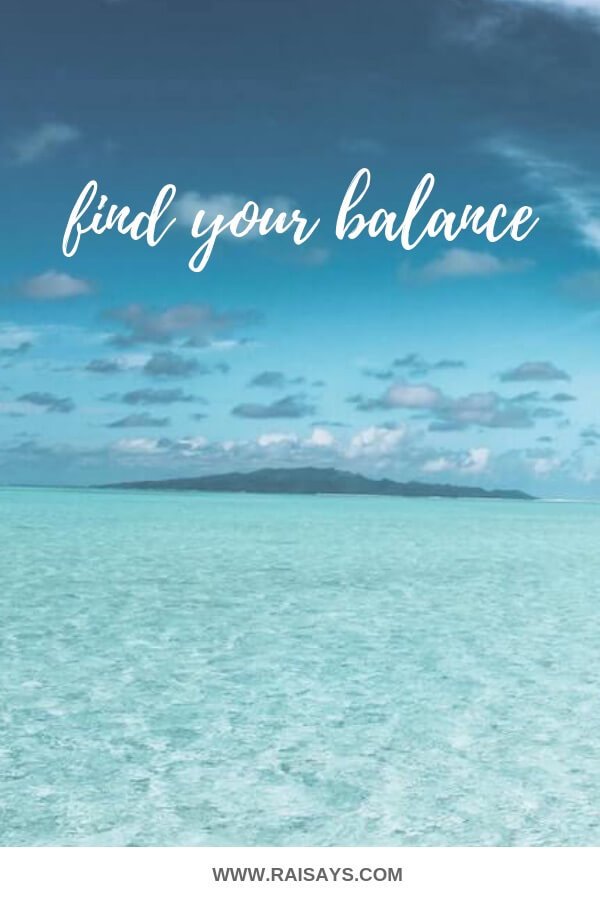 As the person on the losing end of the balance of power, you’ll find that you’ll really struggle to re-attract your EX while you look desperate for the relationship to be restored.

So even if everything inside of you is screaming you need to be back together, be calm, cool and collected in his presence….and better still, give the pursuit a rest and give the man some space.

The Push and Pull of Relationships

Just in case you’re keeping track, we’re talking about your EX and explaining “Why” you should let him come to you after a breakup.

Within this idea of the balance of power is the concept of the push and pull of relationships.

At times we’re pulling at our significant other in the relationship, urging him to do something or we’re pushing him along in the direction we want.

While we think doing something will get things to happen the way we want, just letting the relationship go, not pushing or pulling the other person to do anything can be a much more powerful move because he will sense your absence.  He won’t feel any of the tugging he’s used to and it’s very likely he’ll notice that and if nothing else be a little bit curious about your absence.

One of the most overlooked reasons for letting your EX come back to you is your emotional health.

Once you get it set in your mind that you want to reunite with your EX, it’s possible you’ll pursue this goal with your all and everything.

But, unfortunately, not all relationships reunite.  And not all that reunite are healthy.  Besides that the amount of energy and effort you’ll likely have to put into letting your EX know you’re still interested will probably be unhealthy to your emotional health. 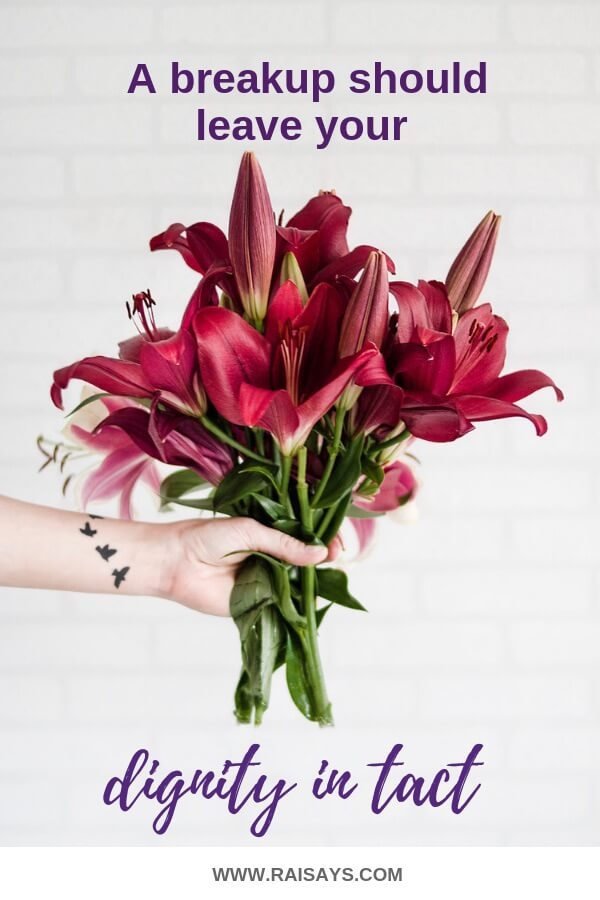 A breakup should leave your dignity in tact.  You should be able to walk around with your head held up high.

If you see the relationship isn’t working, give him some space.  And even more importantly, give yourself space.

In this age of conscious uncoupling and public appearances of making everything seem okay, it’s best if you give yourself the space and time to grieve without having to put on the appearance that everything is perfect.

You need to be able to ugly cry in private.  You need the space to mourn the loss of the relationship, so backing off and giving him space is honestly more for you and your emotional health than it is to get back with your EX.

It is the acceptance of a loss and the preparation of your heart to acknowledge that loss and to prepare your heart for the change in lifestyle that will likely accompany the loss.

At the heart of it, this space in time and this separation from your EX is truly for you.

If you’re truly invested in this relationship and it has any chance in hell at being reconciled, you must consider what’s best for the longevity of the relationship.

We’ve all heard of a woman or a man who’s threatened very serious consequences if their EX dares to breakup with them.

This might work as a scare tactic, but no one wants to be strong armed into a relationship nor do they want to feel like they’re their EX’s all and everything.  So while this might work in the short term, it’s a bad omen for the longevity of the relationship.

Also, not giving the relationship space to breathe and you and your EX space to process could just bury the issues that caused the breakup without them ever getting resolved.  This is going to harm the possibility for the relationship to ever be healthy.

How to let him come to you after a breakup

I’ve just gone through many reasons why you shouldn’t be the one doing the pursuing and let him come to you after a breakup, but how do you do it?

While I’d love to take full credit for this idea, it’s actually a really popular technique called the 30 Day No Contact Rule that many people practice after a breakup.

The idea behind it is to give yourself a timeframe to work within to avoid contacting your EX.  Some people go longer than the 30 days and some people find they have to adjust it because of co-parenting and other unique circumstances.

If you want more details on how to carry out the no contact period, check out an article I wrote on this exact topic called, “What is the 30 Day No Contact Rule.”

Understand what you’re looking for in a relationship

One of the best ways you can chill out and reflect on the relationship is to think of yourself and your needs.

In a moment like this, don’t confuse love with your relationship needs.

Putting your recently ended relationship aside, what are you looking for in a man?  What qualities do you need him to have?  How will he talk to you?  What are his goals?

Be careful not to simply describe your EX.  For a few minutes, try to take off your rose colored glasses and simply be honest about what you need.

Enlist a friend to help you if you think you need a dose of honesty to help you along in the process.

Become Your Best Self

One of the greatest gifts you can give yourself right now is to become your best self.

Continue to enjoy and pursue the simple things in life that make you happy.  Some of them may seem cliche, but that’s because they’re tried and true and they work.

What is it that you’ve always wanted to accomplish?  Who is it that you want to be?  What would the best version of you look like.

Start pursuing it with everything you have!

One of the most life-changing decisions I made after my breakups was getting closer in my relationship with God.  It put everything into perspective for me.

It involved a lot of soul searching and learning to listen to God’s voice and it made a world of difference in my healing.

So as you’re navigating the days and weeks after a breakup, remember, you have the courage to stand tall, the strength to let him come to you after a breakup and the confidence to know that everything will be okay.

I’m here to help you get through this situation that has your world turned upside down and give you the strength to become a more empowered version of yourself. 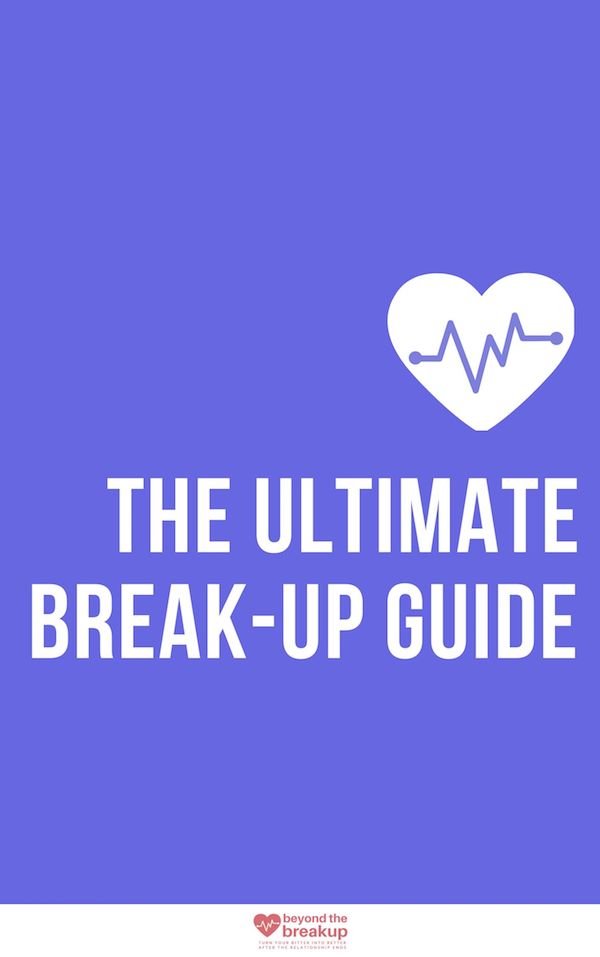 Take the Beyond the Breakup Challenge 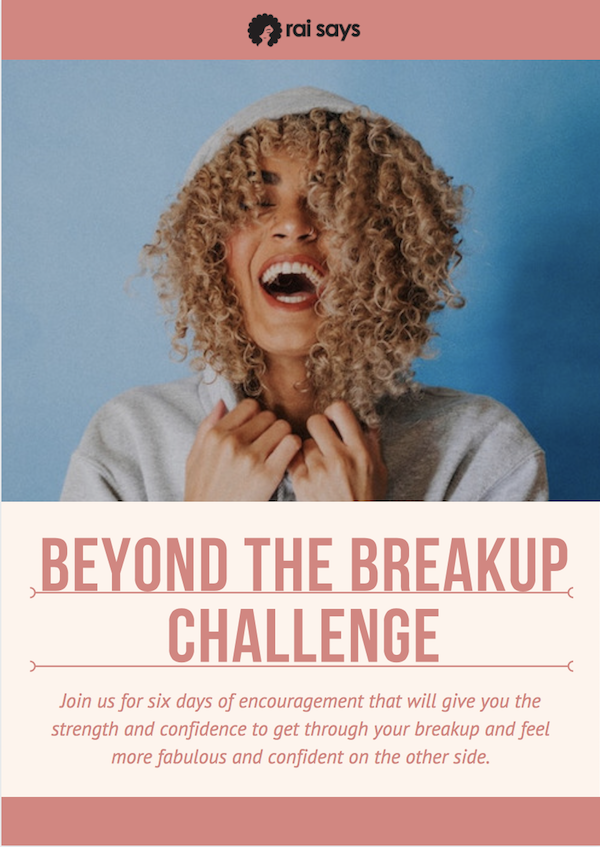